NO NEED TO ARGUE

Vomitorium (4-channel video; 6 hrs. 50 mins. February 2020): A tragicomic reenactment of the history of meta-theater from religious ritual to live-streaming, Zoom, and Twitch. The artists transition between multiple genres, genders, ages, tropes, eras, and personae, with Felix Bernstein playing Onkos, the Greek mask of tragedy, and Gabe Rubin playing multiple versions of Eros. They play-through arcane and new modes of performance documentation from Classical diagrams to Victorian photo journals, as well as the parallel domestication of Eros into Cupid. The vomitorium is traced from its origin as a passageway in amphitheaters to the current socially reflexive architecture built for Instagram selfie-stories—comparing the way audiences watch each other watching each other binging and purging media. The impossible wish for a 360-degree perspective is shown to mark both panoptic social media and counter-surveillance tactics; normative and queer gazes. Multiple frames and narratives are interlaid, juxtaposing Baroque maximalist convolution with the fashionable metaphysics of transparent presence. Bernstein and Rubin enact a schizoid-poetic revue of works by Bernini, Lacan, Theocritus, Ben Jonson, Edna St. Vincent Millay, Andrew Lloyd Weber, The Cranberries, and Heiner Müller, among others. Played on four screens in a miniature arena. Curated by Tim Griffin and Matthew Lyons for The Kitchen’s Queenslab space in Ridgewood, NY (March 2020) and by Fredi Fischli and Niels Olsen for LUMA Westbau’s Schwarzescafé in Zurich (Summer 2020).

Betwitched (1-channel video; 50 mins. June 2020) A stopwatch accompaniment to Vomitorium tracing the stages of grieving attention spans from immersion to alienation to fake depth to deepfakes to Twitching and Zooming— and the trajectory of branded artifact distribution from the scarcity of the Disney Vault to the surplus of Disney Streaming—charting the relative degrees of distance and closeness that each platform incentivizes as a method of providing control and relief. Presented as part of the Vomitorium exhibition at LUMA Westbau’s Schwarzescafé (Zurich) in Summer 2020.

Onkos (ὄγκος): Named after the tumorous masks of Greek tragedy, Onkos narrates and annotates performance documentation in a degenerative vicious circle that constantly re-views and revues until preview precedes essence.

Anti-Eros (ᾰ̓ντ’-ἔρος): Dark angel who replaces reflexive counter-gazing as the locus of subjectivity with Ejectivity—a vacant, automated watching towards death.

Eris and Harmonia lead Onkos through a memory palace made up of broken automated tropes from the history of metatheatre, as he attempts to cease looping through the stages of grief.

Onkos leads Eris and Harmonia in a symposium on the splitting and unifying of Eros—from the ancient mythology of brothers Eros and Anteros to Giovanni Baglione’s moralistic splitting of Profane and Sacred Eros as a rebuke to Caravaggio’s Amor Vincit Omnia. Harmonia and Eris then debate various ways of representing queerness and attaining Metaxy (the in-betweenness of Eros). Finally, they trace the shift from hoarding to streaming art, and how this process has always already administered, totalized, and automated by the church and state via the Baroque economy of emblems, collections, and indulgences. And after that, they review the reviews of movie version of the musical Cats.

Anti-Eros delivers Onkos to an ejection of all forms of gazing and reflecting but Onkos re-lapses by binging (and purging) on the sight of yet another Caravaggisti angel.

Fredi Fischli and Niels Olsen are directors of exhibitions at the Institute of the History and Theory of Architecture (gta) at the Swiss Federal Institute of Technology (ETH). Since 2014, they have been curating exhibitions and events at Luma Westbau in Zurich, where they also established schwarzescafé – a multi-purpose space designed by Heimo Zobernig. Together they’ve curated numerous international exhibitions on art and architecture including Readymades Belong to Everyone at the Swiss Institute in New York, Trix and Robert Haussmann at the KW Institute for Contemporary Art in Berlin, and Nottingham Contemporary or Inside Outside / Petra Blaisse. A Retrospective at La Triennale di Milano (all 2018). Upcoming projects include Retail Apocalypse at Harvard University GSD, a thematic exhibition in collaboration with Armature Globale at Fondazione Prada’s Osservatorio, as well as an exhibition with Felix Bernstein and Gabe Rubin at schwarzescafé | Luma Westbau in Zurich. 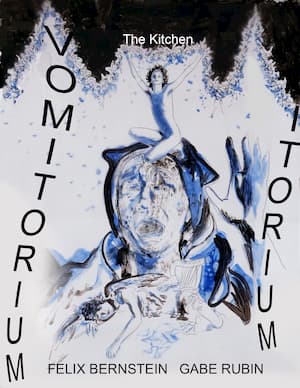 The poster will be signed by Bernstein, Rubin, and Mauss.

The poster will be signed by Bernstein, Rubin, and Mauss. 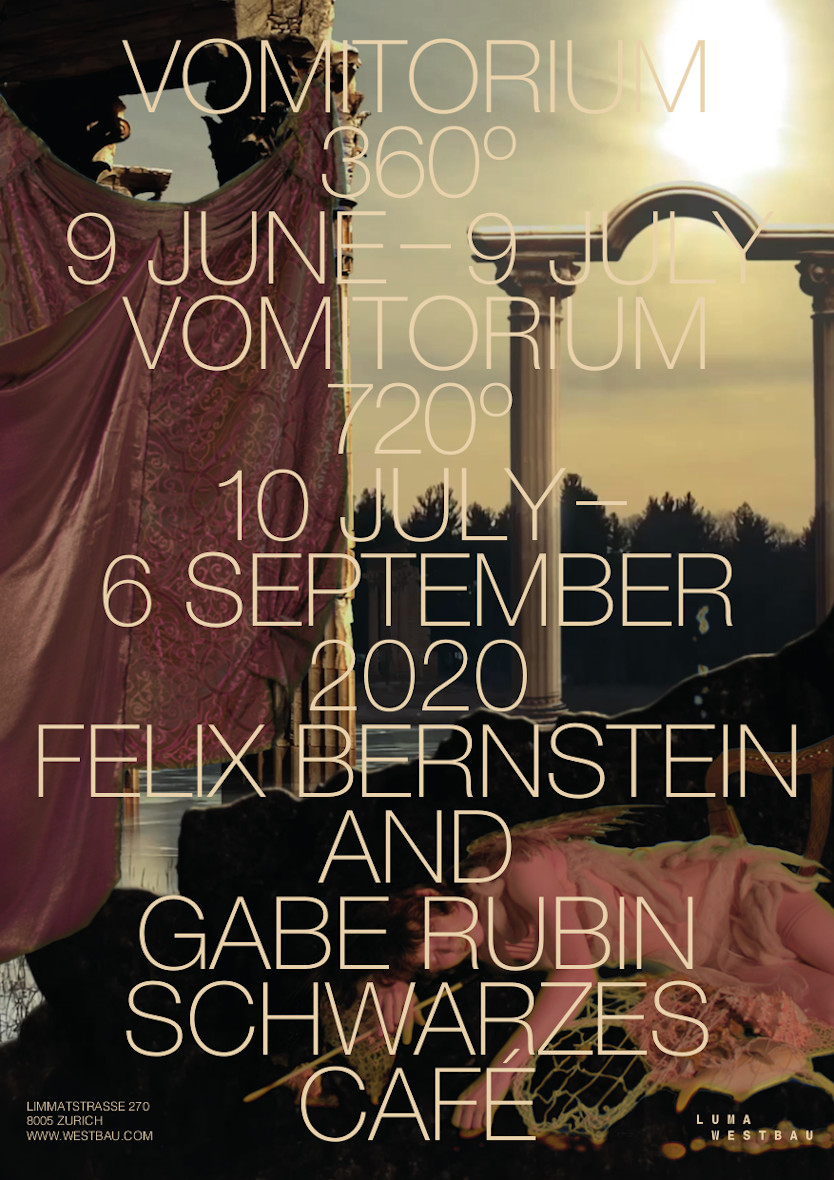